“The People has spoken”

“The People has spoken” 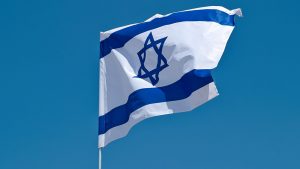 “The People has spoken.”

The only question is, which People?

In the full knowledge that their leader is about to stand trial for three crimes, which could send him to prison and ban him from holding political office for seven years, Likud voters have come out in favor of Benjamin Netanyahu. Likud’s share of the vote has gone up some 4%, and the sheer number of Likud voters has increased by some 200,000 in these elections.

“The People has spoken,” argue Netanyahu’s supporters, although a more accurate translation of “העם אמר את דברו” “Ha’Am amar et dvaro”, might be “The People has given its verdict.” The verdict being that since most of the nation has voted in greater numbers than ever for Likud, Benjamin Netanyahu is judged innocent by the People.

Quite apart from the question as to whether justice worthy of the name can be meted out by a non-judicial referendum, we are left with a more fundamental question: Which “People” has given its verdict?

It turns out that even if one were to count all voters for Shas, Yahadut HaTorah, Yamina, and Otzma Yehudit as supporters of Netanyahu’s innocence along with Likud –  there is no majority in support of Netanyahu. Under half the voters sided with Netanyahu.

There is another way of putting this: The majority of voters actually voted against Netanyahu forming a right-wing religious coalition that would prevent him from standing trial.

In this sense, the People has given its verdict and that verdict is that Netanyahu must stand trial: Quite the opposite of the message being given out by Netanyahu’s supporters.

It all depends which “People” we are talking about.

The majority of Jewish voters, voted for Netanyahu’s acquittal. If one discounts the huge turn-out for the Joint Arab List, the pro-Netanyahu consensus has a clear majority.

At the heart of the four-pronged summary of Israel – To Be | A People | Free | In Our Land – lies a deeper unresolved question in the heart of Israelis. Is this country for the Jewish People alone? Or must it develop an understanding of what makes up – and what might unite – the Israeli People?