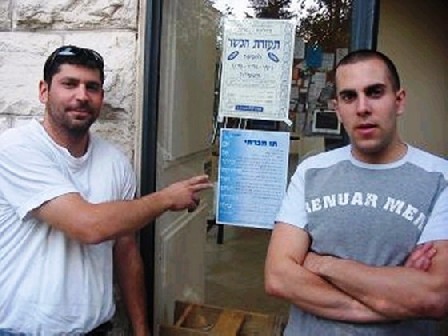 The Problem: An Imperfect Jewish State

The Ideal and the Real

When most Israelis hear the term a “Jewish State,” they think of religious marriage and divorce, the Sabbath, and army exemptions for the Haredi sector. Few people associate the term “Jewish State” with a set of basic, moral obligations between the Israeli government and its citizens. Few think to ask what should a Jewish State do about:

The Torah calls on us in Deuteronomy 16:20 to relentlessly pursue justice: “tzedek, tzedek tirdof.” The State of Israel is the best opportunity in 2000 years the Jewish people have had to answer the Torah’s call on a systemic level. Theodor Herzl, the father of modern Zionism demanded that we never forget the Torah’s demand for justice in order to reach our highest potential: “I say to you, therefore, that you must hold fast to the things that have made us great: to liberality, tolerance, love of mankind. Only then is Zion truly Zion“.

Go deeper into this issue with our partners at Eretz Acheret here.

Bema’aglei Tzedek (Circles of Justice) attempts to re-envision the “Jewish State,” by integrating the values of tzedek, justice, into the social discourse, legislation, and daily life of Israel. Bema’aglei Tzedek focuses on initiatives that pursue tzedek, as opposed to chesed, kindness. For example, if two individuals – one wheelchair-bound and one able-bodied – approach an inaccessible building and the latter lifts the former so that he can get inside, that is an act of chesed – a sacred and special act without which the person could not get in the door. If, the two individuals work together to ensure that the building is accessible, so that the wheelchair-bound person does not need to rely on the kindness of someone else and can enter the building by herself – that is an act of tzedek.

Bema’aglei Tzedek runs many initiatives and programs across Israel in their pursuit of a just Israel. They include:

Inspired? Here’s how you can get involved.

There are many ways for those inside and outside Israel to be a part of Bema’aglei Tzedek’s work. Visitors to Israel can frequent Tav Chevrati restaurants. There are over 350 restaurants across Israel with Tav certification; you can visit Bema’aglei Tzedek’s website before you make your trip and plan accordingly. When you frequent the restaurants, make sure to let them know you’re there because of the Tav! If you are going to be in Israel for at least 6 weeks you can also do an internship at Bema’aglei Tzedek. Tax deductible donations can also be made on the website. Bema’aglei Tzedek relies heavily on small donations. Finally, anyone across the world can apply Bema’aglei Tzedek values and techniques, such as their employment watchdog program which trains high school students to advocate on behalf of the cleaning and security personnel in their schools, to their own Jewish community. For more information on all of these opportunities, visit the Bema’aglei Tzedek website.