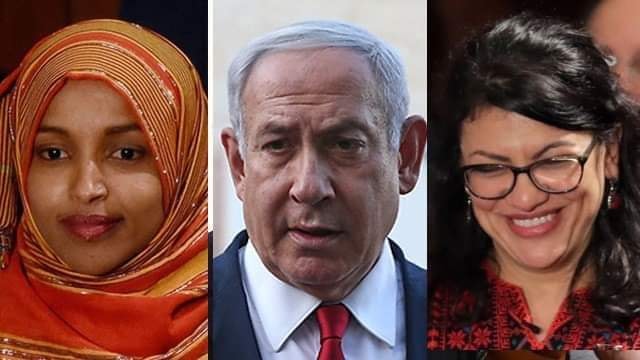 “Clever is the person who can extricate themself from a situation the Wise person would have avoided getting into in the first place.” This last week, one wonders who has been clever, who has been wise and who neither?

Congresswomen Ilhan Omar and Rashida Tlaib were due to fly in to Ben Gurion, to visit “Palestine”. With the public encouragement of President Trump, the Israeli government refused them entry. An additional request by Tlaib to visit her grandmother in the West Bank on humanitarian grounds, was granted on the condition that the visit would remain non-political. Tlaib refused to accept these terms and cancelled her trip a second time.

Let’s see if our 4HQ model can help us find the routes to a constructive conversation about all this:

It would be fair to say that Omar and Tlaib’s intentions were to promote Palestinian rights and BDS, and that Israel identifies BDS as a threat to the State’s existence. Certainly we can “O-word” the BDS movement, and identify some activists who wish the Occupation of 1948 to end, and not just the Occupation of 1967. Yet is it credible to see Ilhan Omar as an immediate threat in the league of an Ayatollah, or Syria, or even Hamas?

On the other hand, perhaps we are looking at things too narrowly. Across the world two trends are beginning to emerge: Human rights and liberal democracy are on the wane; The international community is less capable of intervening when a large power invades a weaker country. Given this global insecurity and vulnerability (Putin, Xi, Bolsonaro, Modi, and Donald Trump potentially President until 2024), perhaps it makes sense to try to keep President Trump on Israel’s side?

Quiet – Democracies are at work! All four politicians involved in this situation have come away with a win for their domestic constituencies. Omar and Tlaib have managed to prove Israel to be a secretive oppressive regime without even having to risk jet-lag. Trump has succeeded in adding Israel to the list of wedge issues to divide the Democratic vote. And Netanyahu has shown himself to be both strong against Israel’s enemies, and a friend of America’s President, in the lead-up to the elections.

At the same time, many express deep concern over Israel’s freedom of speech, openness to critique, and disregard for the democratic choices of the United States. Surely our democracy is robust enough to welcome a visit from and cope with the critique of two Congresswomen from our greatest ally?

On the other hand, since when must a democracy grant rights accorded to citizens, to people who are merely guests?

Does any State have the moral right to refuse foreigners entry to its territory?

And if it does have such a right, when can it use it?

We left the best one till last…

Irrespective of political affiliations, the American Jewish community could do with Israel being a non-partisan issue. At best, Israel should not be an issue at all. But certainly not one that splits the American public.

When even AIPAC publicly decries the decision to block the arrival of Omar and Tlaib, a threshold has been crossed.

This cannot be good for Israeli Jews, and certainly not for American Jews.

In the meantime, while ramifications of the travel ban continue to rock the Jewish community in the States, Israeli Jews have already moved on. Only three days after the ban, Israeli Hebrew-language news outlets look very different from those in the English language. In Hebrew, apart from a few isolated op-eds, the subject is now media-forgotten as security issues hot up in the South, a cannabis-tycoon has been arrested, and the elections approach.

Where does this leave “us”?

A range of opinions on the issue in general:

Laura Ben-David writes from Tekoa, West Bank, to argue that Israel was right, while Trump was wrong.

Yossi Klein HaLevi laments that Israel has humiliated its US friends in Congress.

This piece rounds up Israeli politicians’ responses to the ban.