Temporary Shelter for the Kurds on Sukkot

Temporary Shelter for the Kurds on Sukkot

​It is looking like the aspirations of the Kurds are about to be dashed once more. The United States has ended its alliance with the Syrian Kurds, and the Turkish bombings have been swift to come. As the number of casualties and refugees grow, two issues arise for Israel... 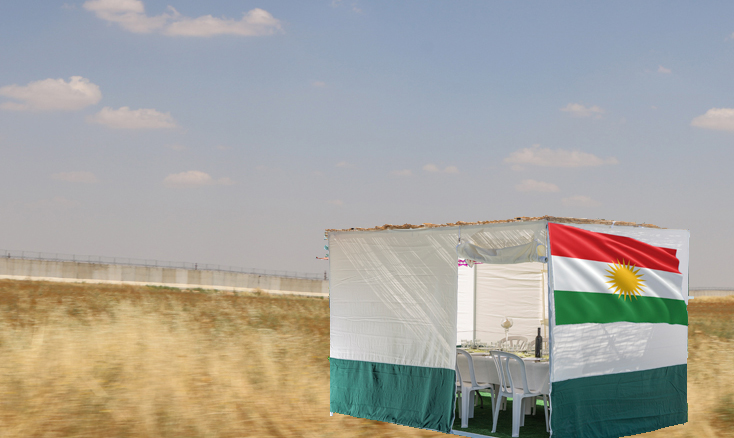 ​It is looking like the aspirations of the Kurds are about to be dashed once more. The United States has ended its alliance with the Syrian Kurds, and the Turkish bombings have been swift to come. As the number of casualties and refugees grow, two issues arise for Israel.

First, it is worth remembering that many Kurds see themselves as marching in Israel’s footsteps. They too understand their struggle as one that aims for them To Be the Kurdish People Free in the Land of Kurdistan. They are, in effect, Kurdish “Zionists”! And their current fate reminds us that justice, steadfastness, and courage does not an independent State make: a State requires allies and international support.

The fact that Israel now has the relative luxury of arguing over the fundamental questions of how we should maintain our survival (To Be), how we should embody Israel’s place in the Jewish People, how freedom should play out in our democratic State, and how our borders should look – all these questions are possible because international support aided us and continues to aid us in realizing this vision To Be the Jewish People Free In Our Land.

Which leads us to the second issue.

What is the difference between an ally, and a short-term transactional partnership?

Bearing in mind Israel’s need for international support, in particular when faced with Iran, how should Israel relate to the current American administration? There is no doubt that Israel’s relationship with the US is deeper than US-Kurdish relations, and there are those who argue that abandoning the Kurds is not a Trump invention, but nevertheless – this week’s decisions have sent a chill down Israel’s spine.

What might happen if the US-Israel security umbrella were to fold? Israel is, after all, part of the Middle East that President Trump is so keen to be shot of.

Given these sobering thoughts, how should Israel’s leadership relate to the current leadership of the US?

However much President Trump might be a controversial figure in the minds of the overwhelmingly-Democrat-voting Jewish Americans, might it not be sensible to make nice with the leader of the most powerful nation on the planet (To Be), even at the cost of Israel’s place among the Jewish People of America?

Or should Israel stand, and fight, by its principles, as a group of Israeli reservists have called for? They argue that Israel should “remember very well the blood of our people, what happens when the nations of the world abandon the fate of a people”.

And with these thoughts, we enter into the Sukkah: That beautiful embodiment of life’s fragile impermanence in tension with the values of our People.

May the questions not weigh down your chag – remember we have to be especially happy at Sukkot – it’s a divine command!