Steering Right, Left, and Center – how to 4HQ the Elections!

Steering Right, Left, and Center – how to 4HQ the Elections!

The die is cast, at last. The parties are finally fixed, so that the voters can now concentrate on their key task: To decide for whom they will vote.

In Israel the meaning of Left, Right, and Center is very different from the rest of the world. A party’s stance on the welfare state, economic policies, religion and LGBTQ – none of these affect whether they are termed Right or Left. In Israel these political directional terms still seem to circle around one issue alone: The Palestinians. Left and Right are only assigned according to the party’s willingness or lack of willingness for there to be a Palestinian State.

If a party is keen for a two-State resolution, and for all settlement over the Green Line to stop, it is deemed Left.

If a party is against granting the Palestinians a State, and keen for settlements to grow, it is deemed Right.

And if a party would like for there to be a two-State resolution when the time and circumstances are right, and in the meantime is ambivalent over settlement growth, it is deemed Center.

Nothing else matters in these definitions.

Since Right/Left/Center is so critical, it is perplexing that the key issue around which these terms circle – the Palestinians and their demand for independence – seems to be the only issue that most politicians hardly ever discuss. In particular the Right and the Center – according to polling, some 80% of voters – share the belief that there is no Palestinian leadership with whom to negotiate, and so there is nothing to talk about.

There is an unspoken assumption that one’s attitude to a Palestinian State is guided by a single concern: Security.  Granting a state to the Palestinians risks Israeli security, while refusing to do so maintains it. This is why the Left – wishing to enable a Palestinian state – can be painted in traitors’ colors, since they are perceived to be happy to endanger us all. Even those in favor of expanding settlements in Judea and Samaria rarely trumpet their rights over the Biblical Land of Israel, and instead focus on Palestinians threats to Israeli security.

Quite apart from the fact that security experts are far from convinced that ongoing civilian presence over the Green Line adds to Israeli security, it would be a mistake to assume that the Palestinian issue is only about security.

The situation does not only ask the “To Be” question. It also asks us about the nature of the Jewish People, and the way in which we relate to another People in this region. It pushes us to define what we mean by Freedom, democracy, and human rights. And of course it asks the question as to where in Our Land should our citizens be allowed to build their houses?

It is according to their answers to these four interlocking questions that the Left, Right, and Center can be gauged. 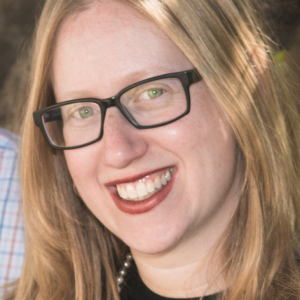