During the recent holiday season, I attended a public shofar blowing in a park in my hometown of Modiin. There are about ten parks throughout the city that host these events on both afternoons of Rosh Hashana. They are staffed by volunteers who come to the park to explain the meaning of shofar, give the kids some candy, and then sound the shofar. It is an event that is sponsored by the municipality and a number of Jewish organizations and a huge range of people from across the religious spectrum attend. Some people come because they missed shofar in synagogue and want to fulfill the mitzvah, others see it as a cute outing with their kids, many come  to experience the shofar. Really, there are many other reasons why people attend this gathering. I think it’s lovely, and enjoy going with my kids.

The event I attended this year was marred by some aggressive behavior from one man in particular. He approached and yelled at the volunteers that they were imposing religion and coercing people to observe religious rituals. Other people objected to his claims. These defenders said that they appreciated people coming to blow shofar for them and that those opposed should just mind their own business for the ten minutes the shofar blowing takes. My children were frightened by the showdown. They were also very confused as to why people would object so vociferously to somebody else blowing the shofar in a public space.

What’s at the core of this conflict?

The shofar is one of the central symbols of Judaism. Not only is it sounded in religious contexts like Rosh Hashana, but it has also taken on an iconic significance in modern Israeli history with well-known images of Rav Goren blowing the shofar on the Temple Mount.

The conflict between those in favour and those against communal shofar blowings highlights the tension inherent in the Jewish state. How do we define that Jewishness? Is it by religious practice, by national culture, or by demographics? Who gets to be the arbiter of this important discussion, and who gets to say what is crossing a certain red line? Should public funds be used for public “Jewish” events, or should they be privately funded? Should residents be able to veto the staging of such events if they deem them to be threatening or offensive?

These questions fascinate my gap year students. The majority come from the United States; a country that – even though there is a purported separation of church and state – faces similar issues. How much more so in Israel, where the national culture and religious culture of the majority is certainly dominant. Students enjoy grappling with these issues, and through this struggle gain a connection to Israel. The connection is built on an authentic understanding that Israel is trying to maintain its Jewish character while also trying to respect the religious sensitivities of many of its citizens. The role of national and religious symbols offers an insight into how the state and its citizens feel about both. This conversation is a great way to bring Israel into your classroom and other educational settings. It pushes students to consider their own views regarding their personal cultural and religious identities and contextualizes current affairs in Israel in an authentic way. 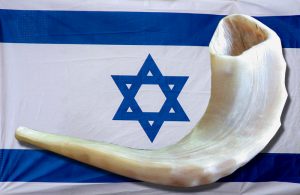