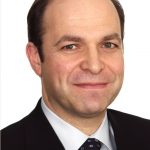 Stephen Pincus is a senior partner at Goodmans LLP and member of its Executive Committee.  Recognised as one of Canada’s leading lawyers by numerous surveys, he has an extensive practice in capital markets, M&A, corporate governance and cross-border transactions.   Stephen has played a key role in the development of Canada’s IPO sector, its real estate capital markets, and its seniors housing industry.  Stephen was national head of Habonim in South Africa, Chairman of the SA Zionist Youth Council, and helped to establish Kibbutz Tuval in the Western Galilee.  Following immigration to Canada, he served as Administrator of Bialik Hebrew Day School and Camp Director of Young Judea’s Camp Shalom.  Stephen has a BA Hons (English and Philosophy), LL.B. (Gold Medalist) and M.B.A.  He serves on several committees and advisory boards, has been a director of public companies, and is Founding Chairman of the Canada Southern Africa Chamber of Business. 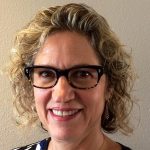 The mission of Diana’s Kesher Foundation is to build the connection (kesher in Hebrew) with her local Colorado community and Israel.  Diana serves on the Board of Directors of JEWISHcolorado, formerly known as the Allied Jewish Federation. She chairs its Israel Engagement Committee and sits on its Grant Making Committee.  Her Kesher Foundation is the lead funder of both the Community Shaliach and Shinshinim programs in Denver.

Diana is on the National Council of AIPAC as well as AIPAC’s local Executive committee.  She is also on the Board of ADL and has been nominated for Associate National Commissioner.

Diana is an alum of the ShalomHartman Institute for community leaders. She has a BA in Economics from Claremont Mckenna College and studied at Boston College in Israel for a Masters of Science in Business.  She lived, worked, and raised four children in Israel from 1981-2005. She speaks fluent Hebrew and English.  Both her sons and daughter-in-law served in the IDF and currently live in Israel.

He has been active in the Federation’s International division, Young Leadership division, Community Planning and Allocations committee, Board of Directors and Executive Committee. Saby is the recipient of the Stanley C. Myers Presidents Leadership Award and was a Wexner Heritage Fellow.

Saby is CEO of General Stair Corporation and is a real estate developer. He is a graduate of New York University with a degree in civil engineering and a Master of Business Administration.

In his business life, Ken is president of RenewTricity a solar energy development company. He has previously served as CEO and in other senior executive positions of technology companies in areas such as airline software, logistics systems and Internet security.

Rabbi Marcelo Bronstein, born in Buenos Aires, Argentina, is currently the rabbi at Bnei Jeshurun in New Yoek. He received a BA, and a MA in Clinical Psychology, from Belgrano University. He studied Hebrew and Jewish literature at the University of Judaism, and received his Rabbinic Ordination in 1989 from Hebrew Union College-Jewish Institute of Religion in New York.

Marcelo previously served the Jewish community in Buenos Aires and Santiago in Chile. He also became a profesor of Group Dynamics and Evolutionary Psychology and had a private practice specializing in adolescent therapy.

Rabbi Bronstein has served on boards of many nonprofit agencies concerned with social action, health, ecology, interfaith, and human rights issues. He is also a member of the Rabbinic Advisory Board of Hebrew College in Massachusetts. Rabbi Bronstein has three daughters. He shares his life with Karina Zilberman and her sons. 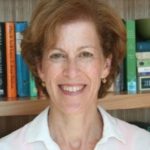 Alisa Robbins Doctoroff is chair of the board of UJA-Federation of New York, having served as chair of the Commission on Jewish Identity and Renewal, and after years of involvement with its work in Israel and with young people.She is active on the boards of a wide spectrum of organizations that promote engagement with Jewish life and identity through education, culture, and religious life, including Moving Traditions, Mechon Hadar, and the Jewish Theological Seminary. She is also past president of the Abraham Joshua Heschel School. Congregation Or Zarua, co-founder of the Jewish Lens, and a board member of the Jewish Funders Network.

Alisa graduated from Harvard College in 1980 and received an M.B.A from the University of Chicago. She also holds an M.A. in Jewish Studies from the Jewish Theological Seminary.

Alisa served as a Member of the Jewish Agency Board of Governors on February 2008 through June 2009 and from October 2010 on. She is also the past Chair of the Makom Board. 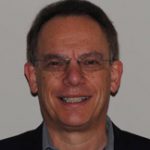 Mike is the chairman of the World Union for Progressive Judaism and is also Chair of Governors of JCoSS, the first pluralist Jewish High School in the UK.

A Cambridge University graduate, Grabiner was formerly Chair of the UK Movement for Reform Judaism, Chair of the UK Jewish Film Festival, a Governor of Leo Baeck College and a member of the Executive Committee of the UK Jewish Leadership Council. He is currently Chair of Partnerships for Schools which is the UK Government’s delivery agency for capital investment in schools. He was a Partner at Apax Partners LLP from 2002-2009 and was previously Chief Executive of Energis plc and Director BT Europe. Michael has also held non-executive directorships on company boards in France, Germany, Greece, Israel, Italy, Spain, Sweden, UK and USA.

Mike was awarded a CBE by the Queen for his voluntary work in education. 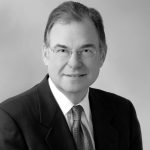 Harley I. Gross currently is partner of Gross Builders, an award winning Builder and Developer of Residential Communities in the Cleveland Metropolitan Area, Tennessee, South Carolina and Alabama.

Harley lives in Shaker Heights, Ohio with his wife, Rochelle.  He is the father of three sons and grandfather of ten. 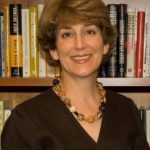 Dr. Alisa Rubin Kurshan currently serves as Senior Vice President of UJA-Federation of New York for Strategic Planning and Organizational Resources. She has worked at UJA-Federation of NY for the past 11 years and has served in numerous capacities including as the director of the Jewish Continuity Commission. She received her Ph.D. in Jewish Education from the Jewish Theological Seminary in 1996. She was a Wexner Graduate Fellow 1992- 1996 and is a recent graduate of the Mandel Leadership Development Program. Alisa has published numerous articles on Jewish Identity and Continuity.

Alisa has lived with her husband, Rabbi Neil Kurshan, in Huntington, NY for the past 24 years where they raised their four children and they are now proud grandparents. 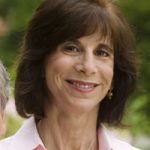 Ms. Manning received her undergraduate degree from Harvard University and her law degree from the University of Michigan Law School. She was a partner at Smith Helms Mulliss & Moore from 1989 -2002. She currently specializes in immigration law at her own firm, Manning & Associates, PLLC, in Greensboro, NC. 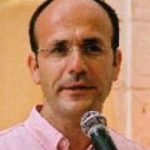 Based in Jerusalem, Alex Pomson is Director of Research and Evaluation at Rosov Consulting. He trained in History at the University of Cambridge, and received his PhD in Religious Education from the University of London. He was founding Head of Jewish Studies at the King Solomon High School. He served as Associate Professor of Jewish Teacher Education at York University, Toronto where he coordinated York’s Jewish Teacher Education Programme. He was also a Senior Researcher at the Melton Centre for Jewish Education at the Hebrew University. He is past chair of the Network for Research in Jewish Education.

Joseph Steiner, B.A., LL.B., M.Phil., is a partner in the Canadian law firm Osler, Hoskin & Harcourt LLP practicing in the areas of commercial and tax litigation. He has served as President of UJA Federation of Greater Toronto, Chair of UJA Federation’s Board of Jewish Education and President of Bialik Hebrew Day School. He currently sits on the Boards of RAVSAK and the Shalom Hartman Institute. He is also a member of the Board and Executive of Hillel of Greater Toronto as well as the Boards of two Toronto Jewish day schools (Bialik Hebrew Day School and the Paul Penna Downtown Jewish Day School).

Joseph currently serves as an Associate-Member of the Board of Governors.

Dorothy Tananbaum is the Chair of the Board of the Jewish Education Project, a central agency for Jewish education in New York. She is also Chair of the Board of the Jewish Funders Network and a long-time board member of Facing History and Ourselves. In addition, Dorothy is a member of the Israel Task Force of the Commission on JewIsh Identity and Renewal at UJA Federation of New York and a past chair of the Commission itself.

Dorothy is the proud mother of three children. She lives in New York with her husband, Andrew.