Jewish Identity in the light of US antisemitic attacks

Jewish Identity in the light of US antisemitic attacks 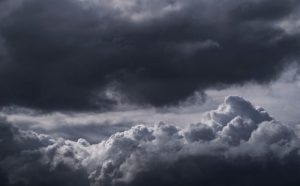 These are dark days for the Jewish People.

We reach out in empathy and solidarity towards those Jews in the US who have been targeted recently for sole the fact that they were Jews.

It may be that the Brooklyn attacks are beginning to break us out of a habit of seeing antisemitism as part of a logical universe. The Monsey attack was not a response to any particular issue in Israel, nor did it emerge from the growing white supremacist wave in the United States. There was no “reason” for attacking Jews in particular. Which is what makes such senseless hatred all the more terrifying.

Antisemitism in its essence does not happen because Jews did something “wrong”. This would promote the reassuring fiction that if Jews were only to correct this “wrong” then antisemitism would fade away. As Dave Rich, UK researcher into antisemitism points out: “Antisemitism is not a grievance; it is an ideology.” Or in Max Nordau’s more classical turn of phrase from a century ago: “The Jews are not hated because they have evil qualities; evil qualities are sought for in them because they are hated.”

This not only damages American Jews’ sense of physical safety, it also takes a toll on their sense of themselves. In the modern world, and in particular in the United States, Jews have been far more comfortable in seeing themselves as The Choosing People, rather than the Chosen People.

The Progressive Jewish world has always been happy to embrace choices of Jewish ritual practice, and to choose to identify with what they see as Jewish values. But to be coerced into one’s Jewishness just because one was born into it? To take on pre-determined commitments to other Jews just because one is a member of the same “tribe”? This anti-autonomous, non-choosing understanding of Jewish Identity has been mostly rejected. And while by contrast, the Orthodox and Ultra-Orthodox world fully identifies with the inherited aspects of being Jewish, in turn it would ordinarily choose to discount or disavow Progressive Jewry – until the horrific attack on Tree of Life synagogue in Pittsburgh necessitated a broader form of solidarity.

Because antisemites give us no choice.

Antisemitism forces an identification on Jews that they did not necessarily choose.