Israel or Diaspora – where does antisemitism strike?

Israel or Diaspora – where does antisemitism strike? 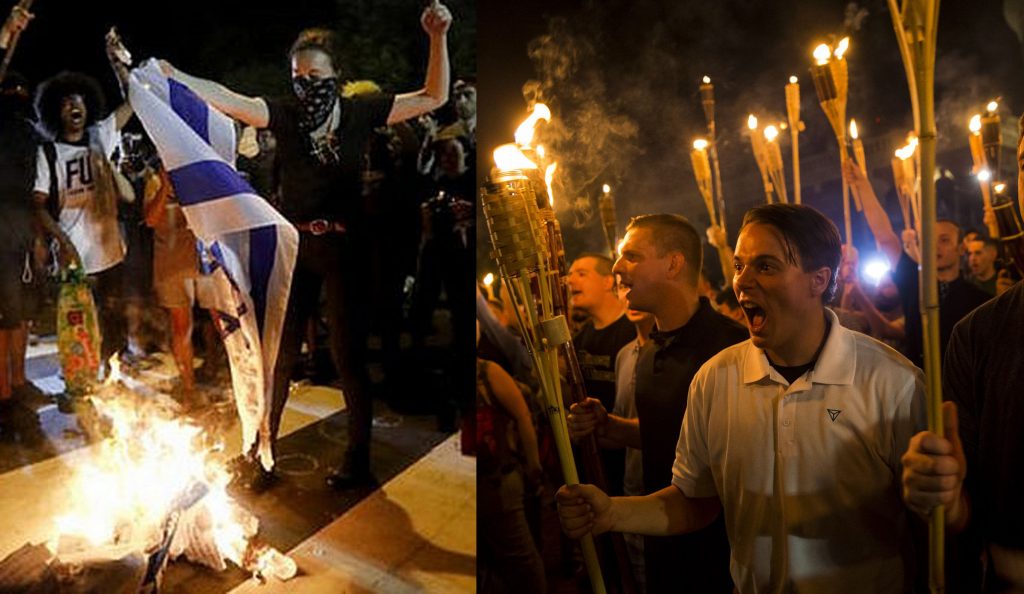 Difficult times lie ahead for North American Jewry, as antisemitism rears its ugly head. As Debora Lipstadt points out, Jews are now under attack from the radical Right, from the radical Left, and from radical Islam.

In past times, the only redeeming feature of antisemitism was the way in which it at least galvanized unity in the Jewish People, against these threats. No longer. Not when Israel is so tortuously involved.

On the Right, anti-Semites argue their kosher credentials because they support Israel. Richard Spencer may be keen that “Jews will not replace us” in the United States, but at the same time is a supporter of Israel and even calls himself a “white Zionist”. Backers of President Trump will likewise point to his support of Israel to rebut condemnation of his friendship with antisemites.

The Right would seem to be saying – I cannot be an evil antisemite, because I support Israel. I may hate Jews at home, but I like them in Israel.

On the Left, Israel is also a painful part of the equation. New congresswoman Ilhan Omar, and Women’s March leader Linda Sarsour, argue the evils of Israel together with their support for the Jewish community in the States. Sarsour even led heart-warming fundraising campaign for victims of antisemitism in Colorado and Pittsburgh.

The Left would seem to be saying – I cannot be an evil antisemite, because I fight local antisemitism. I may hate Jews in Israel, but I like them here in the States.

Unfortunately the current Israeli leadership does not make this dilemma any easier for Diaspora Jews. Prime Minister Netanyahu seems to make common cause with those such as conspiracy theorist President Orban in Hungary and the Polish leadership that supports Israel while denying its role in the Holocaust.

It would seem that Prime Minister Netanyahu has taken sides in this “choice” between Diaspora Jew-hatred, and Israel hatred.

How does your soul respond?