2020 has been a year with fewer international visitors to Israel than ever before. For this reason, the stories from Israel told through the arts have become an even more vital tool for those seeking to understand the real Israel, beyond the tourist brochures and foreign news reports.

We’ve compiled a list of five must-watch TV shows that came out in 2020 that will entertain and engage you, while raising your awareness about various contemporary issues facing Israel and Israelis today. 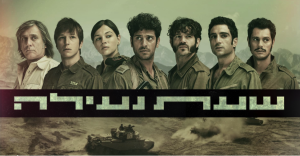 Imagine watching Saving Private Ryan, but set during the 1973 Yom Kippur War. This ten-part series is based on true events from Emek HaBakha, which was the name given to an area in the Golan Heights after it became the site of a major battle during the war, when Israel was caught off guard on the holiest day of the Jewish calendar and feared total destruction.

After it screened on Israel’s public broadcaster Kan, Valley of Tears (Shaat Neila in Hebrew) prompted an intense public reckoning about the scope of war trauma and the treatment of survivors. Each episode was followed by a panel discussion with former soldiers and their families, processing what they had just seen, sharing their PTSD with the nation.

The series pried open a collective national wound and led to a cathartic outpouring of emotion on the Kan Facebook group devoted to the show, which now has over 47,000 members.

In addition to highlighting the tragedy of what it means to “live by the sword,” the show also tackles the issue of prejudice faced by Morrocon Jews in the early years of the state. Often occupying lower economic strata, Mizrachim faced a great deal of discrimination from the Ashkenazi-dominated Mapai party of Ben Gurion and Golda Meir.

A trio of major characters in the ensemble are Mizrachim, all of them involved in HaPanterim HaShkhorim, which literally translates to “the Black Panthers” — a very deliberate homage to the Black American faction of the same name. Constantly in tension with the Ashkenazi kibbutznik soldiers in their unit, these Mizrachi characters find themselves caught between their dueling instincts to defend their country and to burn it down.

Sderot peace activist Avi Dabush described the TV series as a “national event.” In a post about the show on Facebook, he shared that it has been years since he cleared his diary to make time to watch a TV show live every Monday night with the rest of the nation. He compared the experience of Israelis who viewed the show together in 2020 to those who watched the Eichmann Trial live in 1961. Like the former event, which brought to the fore untold stories from the Shoah, removing the shame and stigma of being a survivor in Israel for that generation, Dabush felt Valley of Tears was enabling a process of national catharsis about a war that Israel has yet to process fully and come to terms with its legacy. 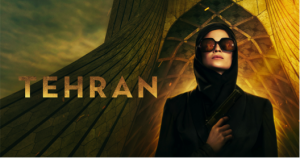 When Iranian nuclear scientist Mohsen Fakhrizadeh was assassinated by a mysterious team of 12 people in broad daylight on a highway outside Tehran in December 2020, few Israelis were surprised. During the past decade, at least four other Iranian scientists had been killed in vehicle bombings and shootouts, and several others have been targeted but survived.

Drawing inspiration from this reality, “Tehran” revolves around protagonist Tamar Rabinyan, a Mossad agent played by Niv Sultan. Rabinyan is in Iran for her first mission — to hack into an Iranian nuclear reactor and help facilitate an Israeli Air Force attack on the site. When her mission fails, Tamar is stuck in Iran with intelligence officers on her tail.

But while the spy story of “Tehran” is suspenseful and captivating, it’s the human aspect of the show, the way it explores the identity of Iranian immigrants to Israel and how they struggle to feel a sense of belonging, that is most compelling. Tamar immigrated with her family to Israel as a child, and her Mossad operator is of Persian background as well. The series tries to answer painful questions about Iranian Jews’ lived experiences.

Kan uploaded the series with Farsi subtitles to its website, and it has proven popular among viewers in Iran. Reviews from regime opponents within Iran, however, have proven mixed, with many feeling that the series portrays a too-sympathetic picture of the Iranian regime and its servants.

A review from Makor Rishon reporter Rachel Malek Buda complained that the show made Iranians look too sweet in the manner it humanises Iranian Revolutionary Guard Chief Faraz Kamali. She worries that Israelis will view the love and concern he has for his wife and think “maybe these people in the Iranian regime who care for their loved ones aren’t that bad.”

At a time when many Israelis feel they have no greater enemy in the world than Iran, and where the real world and the show’s script can be frighteningly parallel,  this show is utterly compelling. 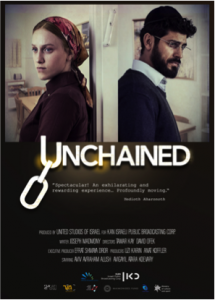 Every episode of Unchained begins with a stark but detailed summary of the plight of agunot (“chained women” in Hebrew), the term for Jewish women who are trapped in marriage by husbands who refuse to give them a divorce.

After this sobering eye-opener, creators Joseph Madmoni, Tamar Kay, and David Ofek tell a complex tale, following the work of Rabbi Yossef Mourad (Aviv Alush), an Orthodox rabbi whose mission as an agent for agunot is to persuade – even force – their husbands to grant them divorce.

Judi Herman describes the show as absorbing and often simultaneously shocking and fascinating. She says the series has much to teach us about the intricate steps taken to free the women from unhappy marriages.

Yossef’s work necessarily involves turning detective and using the labyrinthine strictures of Jewish law in his quest to bring closure to his clients. An early plotline has him following a lead to prove that the caterer at a chained wife’s wedding mixed milk and meat, thus making both the wedding breakfast and the marriage unkosher. So it’s not surprising that in calling out absent, neglectful, or violent husbands, Yossef becomes the close confidant – even hero – of the agunot who come to rely on him, sometimes to the point of infatuation. His own marriage comes under scrutiny as the story unfolds.

After watching the series, check out this fascinating conversation about Matir Agunot with director/creator Tamar Kay, lead actress Avigail Koevary, and Dr. Lisa Fishbayn Joffe, Director of the Hadassah-Brandeis Institute. 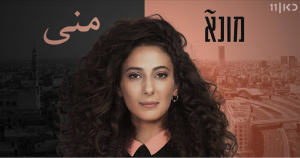 “It’s impossible not to fall hard for (the actress) Muna,” writes Jessica Steinberg in the Times of Israel, in reference to Mira Awad’s eight-chapter Kan series. Muna is about a young Arab woman seeking answers between her life in freestyle Tel Aviv and the conservative northern Arab village where she was born and raised.

A talented photographer with a complicated personal life, Muna has a Jewish Israeli boyfriend, who isn’t quite yet divorced from his tough, blonde newscaster wife, and a best friend and business partner, Rani, who also loves Muna and mirrors many of her personal conflicts.

Her dramatic relationship with her parents, who don’t share her new world goals and ambitions, provides a very realistic backdrop for the show.

The drama, with dialogue in Arabic and Hebrew, is primarily set in Tel Aviv, in the apartments and studio of Muna and Rani. It’s a story told against a backdrop of rockets shot from Gaza, an escalating war that throws the characters into heightened tensions.

Since the passing of the Jewish Nation State law, the identity of non-Jewish citizens of Israel has been under the microscope like never before. This series makes a valuable contribution to anyone seeking a glimpse into the world of Israelis who are not Jewish but feel just as attached and connected to this homeland as the most ardent Zionists. 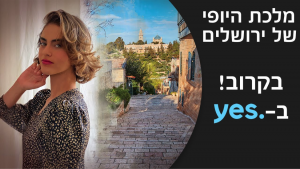 Set in the early-mid 20th century, the ambitious series charts the passionate and tragic history of a family living through the Ottoman Empire, The British Mandate, and Israel’s War of Independence. The multi-generational historical melodrama will feature filming in Hebrew, English, Ladino, and Arabic.

Adapted from Sarit Yishai-Levy’s bestselling novel of the same name, the drama will be among the most expensive series to come out of Israel. Cable channel YES TV has commissioned an initial two seasons with the first, set to air in mid-2021. Among shooting destinations are the cities of Jerusalem, Safed, and Acre.

The series explores the loves, heartbreak, jealousy, and pain of the three Armoza sisters – Luna, Rachelika, and Becky – their parents, grandparents, and children​. It’s a colorful, passionate, and tragic series interwoven with Judeo-Spanish traditions and the history of a nascent country.