We’re well into the festive season, so we may as well have a laugh about the state of Israel’s democracy…

As you are no doubt well aware, we are now committed to our third General Election in 12 months, and our Government has officially passed the one year mark for being “interim”. If that isn’t something to laugh about, what is? (You know, that painful ironic laughter that is neither cathartic nor enlightening…)

So here are some of the best gags so far! (With added linguistic and cultural translation.)

Starting with the innocent desire to help: 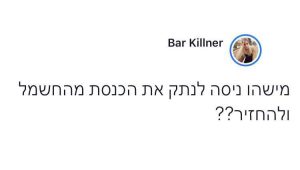 “Did anyone try to detach the Knesset from the electricity

and then plug it back in?”

Others aren’t sure how to help the political system, but are keen to assist those struggling with the new reality: 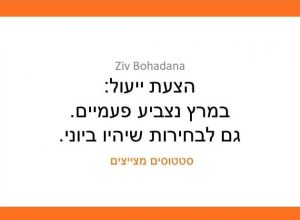 In March let’s vote twice. For the elections that’ll be in June, too.

Others are still frustrated by the state of affairs in Israel, and compare themselves to the rest of the world: 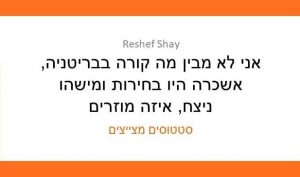 “I just don’t know what’s going on in Britain,” wails Reshef Shay, “They actually had elections and somebody won. How weird…”

Others took Israel’s shame far more global. There’s a somewhat despairing tone to the following graphic (and no little showing off their knowledge of flags and national stereotyping!), but it gets its point across: 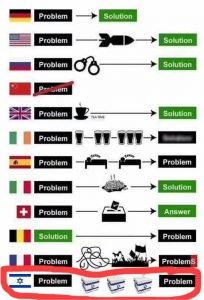 Even more impressive are the ones who have put in a bit of effort. Check this one out by someone who is getting ready for Pesach that follows immediately on our next elections: 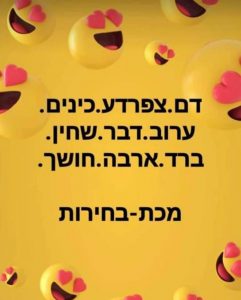 The direct translation gives you the context, but not the joke:

The fun is in the word play.

Normally the final plague that we intone at Seder Night while dipping and dabbing the wine, is “Death of the First-born”.

Once upon a time parents would tell their children: When you grow up, there won’t be any more wars. It was a way of reassuring them – or themselves – their children would not have to become soldiers. Over time I’ve only heard people say this ironically, like a reference to cassette players.

So a resourceful graffiti artist made a slight adaptation: 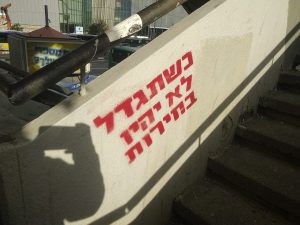 “When you grow up, there won’t be elections…”

I’m still not sure whether that is a light joke, or a dark futuristic vision of dictatorship, warning us to stop complaining, lest we get what we ask for…

But the prize for ingenuity and only-in-Israelness is the campaign of Ben and Jerry’s ice cream.

As everyone knows, if you happen to bump into someone twice in one day, it’s no big deal. It’s Israel. Everyone knows everyone here. But if you bump into them a third time, you have to go for ice cream.

It was one of the first Basic Laws passed in the Knesset.

This is why it is good etiquette to warn people in advance, that they are in range of a calories overload. On the second time you bump into them, you have to warn them with a glint in your eye:

Well, we’re now going for our third General Elections, and Ben and Jerry’s understand their legal duty. Their Facebook page announced that they would be producing a new mystery ice cream for the third election, and asked followers to suggest what flavors to include: 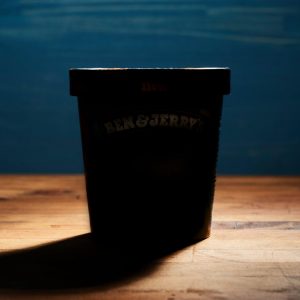 Now, we at Makom have it on good authority that at least one member of the Moishe House 4HQ cohorts posted their own suggestion – prizes for finding out who it was!

A flavor that no one wants and you didn’t need in the first place…”,

although the realism of Yoni G. may well win out in the end:

so it’ll be impossible to find out who won…”