In this chapter Shavit encounters the voices of the Arabs of the State of Israel. The central speaker here is attorney and activist Mohammad Dahla. Shavit and Dahla co-chaired the Association of Civil Rights in Israel in the mid-1990s. As Dahla shares his outlook in detail through this chapter, the gulf between these two friends on the legitimacy of Zionism and the viability of the continuing Jewish State becomes apparent.

Dahl makes a number of very clear points. He questions – and ultimately denies – any Jewish claims to historic continuity within the land.  Zionism is thus reduced to an invading colonial force which has come from the outside and imposed itself on the Arabs of Palestine. As a majority in the land, Zionism has imposed an alien regime.  It forgets that it is actually a minority in a larger Arab and Moslem world, a world growing stronger and larger all the time. Ultimately, he says, Zionism will have to change and will have to learn to share the land, relinquishing sole sovereignty for its Jewish inhabitants and working out a genuine power sharing arrangement with the Arab inhabitants.

The end of the chapter, leaves Shavit musing about the chance of a possible future for their children.

“At the outset, the Jews had no legal, historical, or religious right to the land. The only right they had was the right born of persecution, but that right cannot justify taking 78 percent of a land that is not theirs. It cannot justify the fact that the guests went on to become the masters. At the end of the day, the ones with the superior right to the land are the natives, not the immigrants—the ones who have lived here for hundreds of years and have become part of the land just as the land has become a part of them. We are not like you. We are not strangers or wanderers or emigrants. For centuries we have lived upon this land and we multiplied. No one can uproot us. No one can separate us from the land. Not even you.”

“Tzipori’s houses are nice and neat, white-walled and red-roofed. In one of the front yards, a beautiful young mother opens her arms as her one-year-old takes his first steps toward her. But Mohammed says he doesn’t know how people can live here. “In theory, the countryside is pastoral and inviting, but in reality it is a graveyard. In theory, you are walking in your garden, but really you are walking on corpses. It’s not human,” Mohammed says. It’s like the movie he saw once about an American suburb built on a Native American cemetery whose ghosts haunted the families who chose to live on top of their graves. “I am not into mysticism,” Mohammed says, “but I feel the spirits here, and I know they will not stop haunting you.”

“So what are you saying?” I ask Mohammed. “That the injustice done to Palestinians is an injustice not to be forgiven,” he answers. “Because at this very moment, as Israelis lay out picnic lunches under the trees of the South Africa Forest, the refugees of the village of Lubia rot in the Yarmuch refugee camp in Syria. And the refugees of Saffuriyya rot in the Ain-al-Hilweh refugee camp in Lebanon. So justice demands that we have the right to return. At least those rotting in the refugee camps should be allowed to return. I don’t know how many there will be,” Mohammed says. “Not millions, but perhaps hundreds of thousands. But I see them returning. Just as my family returned from Lebanon, coming down the slopes of the rocky ridge of Turan with their donkeys and belongings after months of exile, so will the others return. In a long convoy they will all return.”

The first source is a poem from Tawfik Ziad (1932-94), an Arab from Nazareth who became a member of Knesset and Communist Mayor of Nazareth. 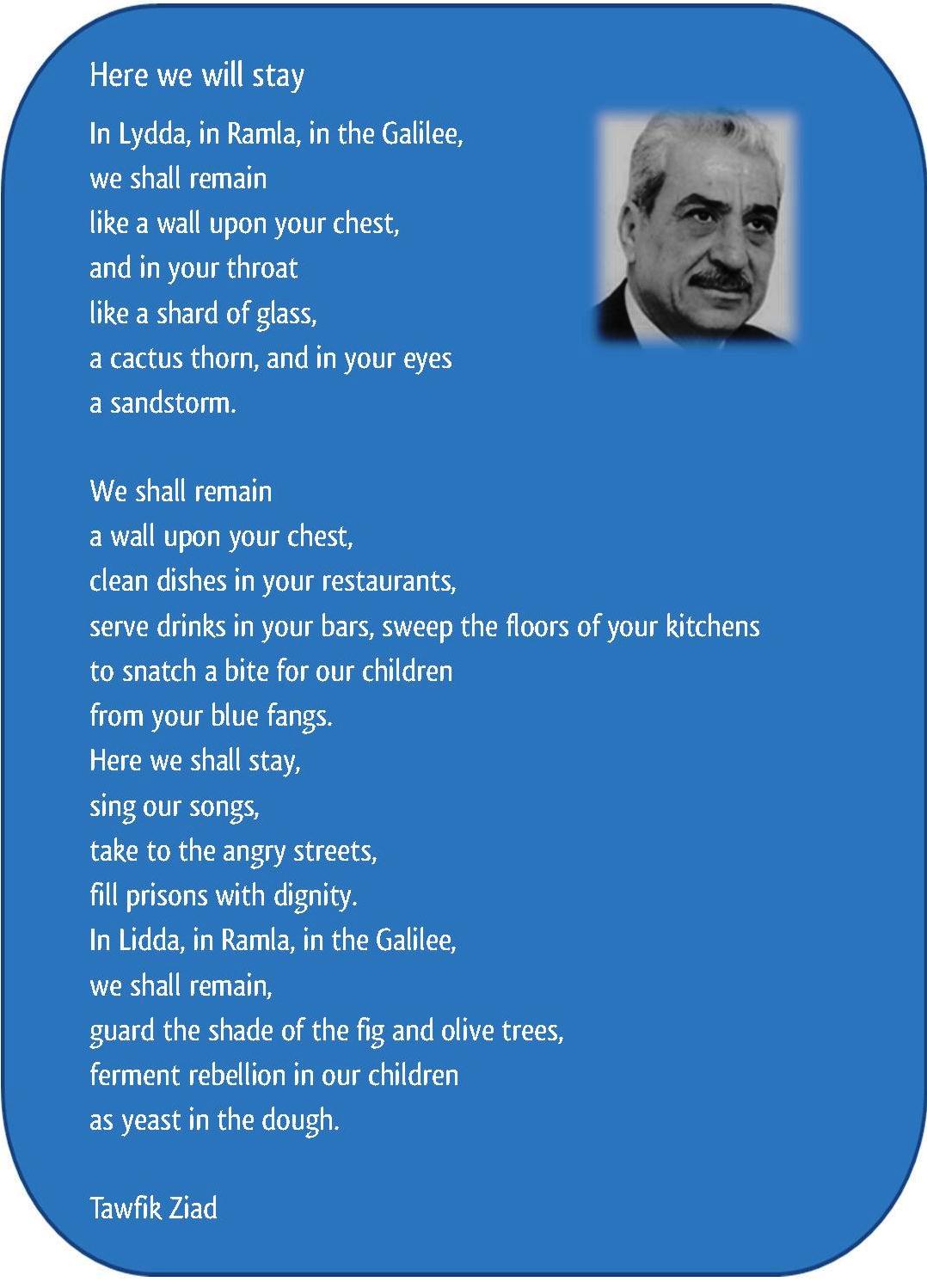 Here instead of a text, we present a cartoon by West Bank settler Shay Charka. It sums up many of the conflicts that are addressed and not addressed over a cup of dark coffee… 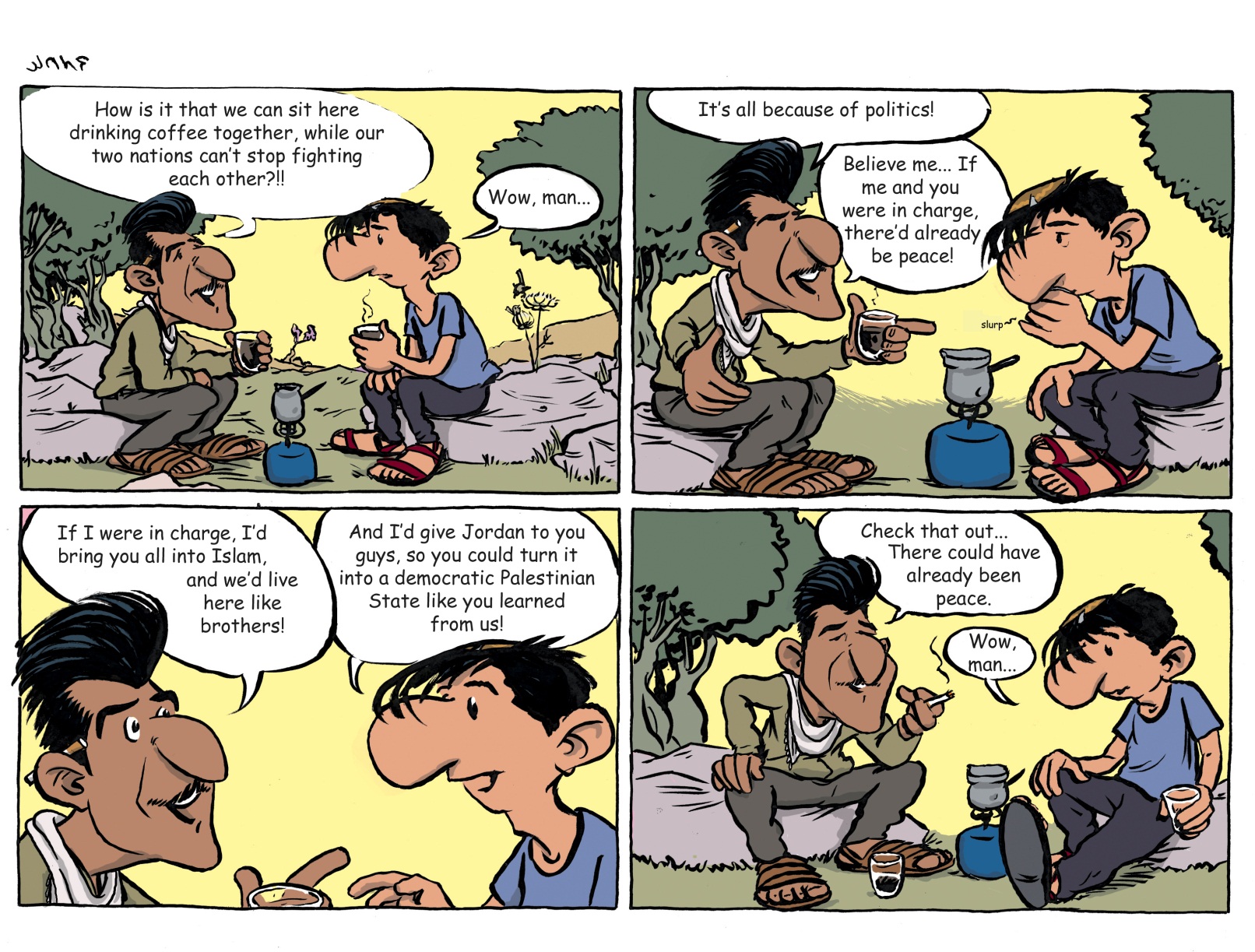 This final piece addresses the thorny nature of the Palestinian refugee. The UN definition of refugee is not applied to Palestinians, who are defined and treated differently from all other refugees in the world. Former MK Einat Wilf has been prominent in pushing the case for reform 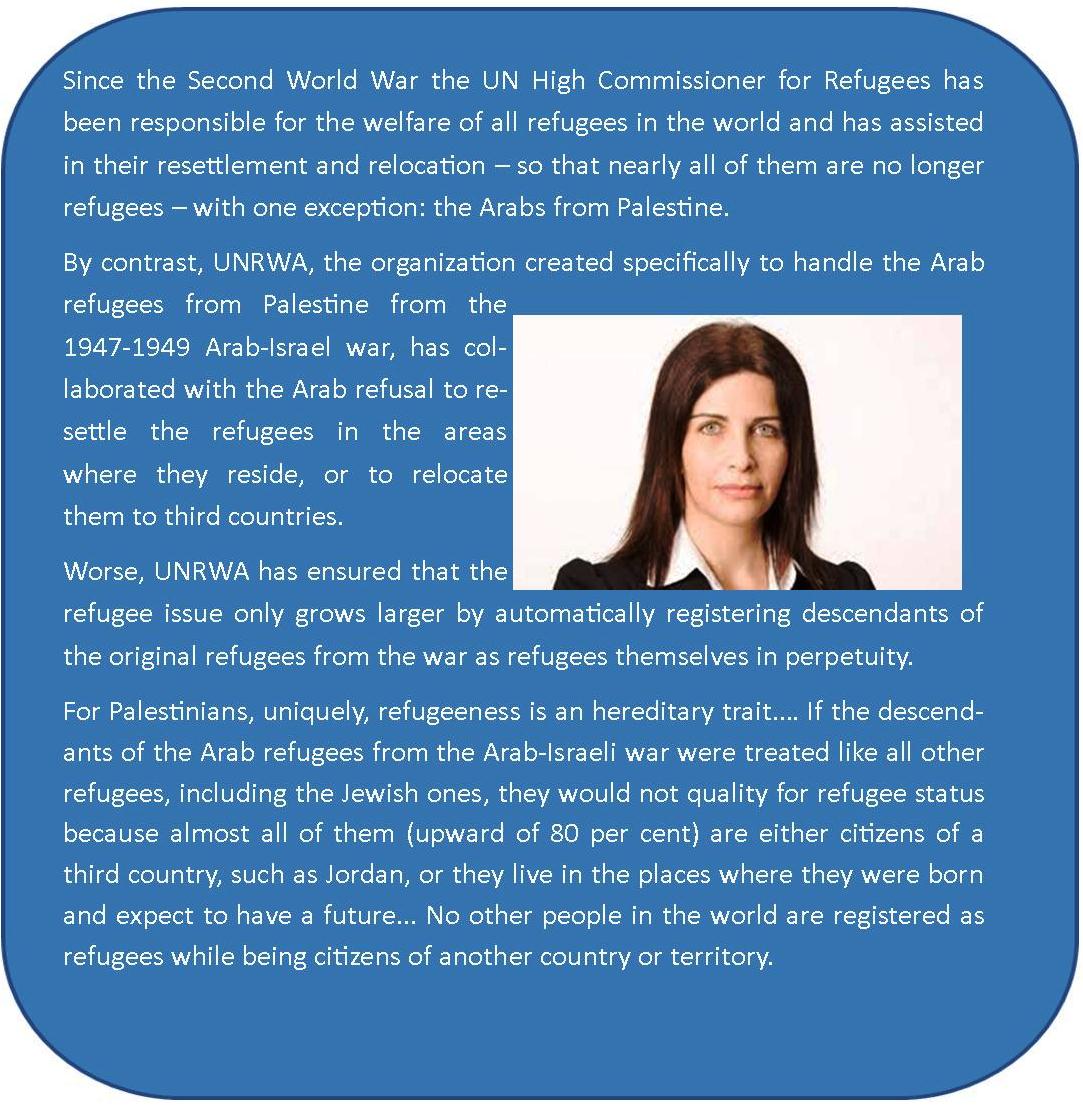