Originally published in the Times of Israel

Everyone has popular myths that bug them. For some it’s the “people only use 10% of their brain” claim. For others it might be Albert Einstein’s poor math skills. For Israel history buffs, it’s usually something like the confused collective memory of the 1903 Uganda debate. All of those get under my (admittedly thin) skin.

But as an Israel educator, the winner has to be the claim that early Zionists predicted that the creation of a Jewish state would end antisemitism. Now that we have a state, we see that not only is there still antisemitism abroad, but directed towards Israel as well. Clearly, according to this narrative, they were wrong. I’ve heard and read it many times from many genuinely knowledgeable experts. It seems to have gained traction in collective judgement around the centennial of Herzl’s death, and has settled in since then.

The problem is, this interpretation misreads the founders’ ideas of both the Zionist agenda and antisemitism itself.

What was the claim of the Political Zionist founders?

It is certainly true that the founders proposed that Zionism could be a resolution to the “Jewish question”. But how did they understand the problem, and what did they think would solve it?

Essentially, they believed that a nation surviving in diaspora is unprecedented and unnatural. The unique existence of a nation outside its homeland is the only explanation for the unique and ubiquitous phenomenon called antisemitism. Therefore, renormalizing the Jewish people would cause this hatred to dissipate.

They did not claim that this was fair, but accepted as inevitable that diaspora life creates the tensions that lead to antisemitism. Leon Pinsker’s  articulation was particularly striking. He argued that just as a disembodied ghost would frighten and repel a normal person, so are normal nations ultimately appalled by a landless people. In his words:

Among the living nations of the earth the Jews are as a nation long since dead.With the loss of their country, the Jewish people lost their independence, and fell into a decay… 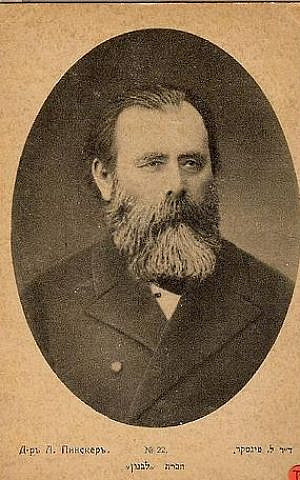 But… they could nevertheless not submit to total annihilation — they lived on spiritually as a nation. The world saw in this people the uncanny form of one of the dead walking among the living. The Ghostlike apparition of a living corpse, of a people without unity or organization, without land or other bonds of unity, no longer alive, and yet walking among the living… could but strangely affect the imagination of the nations. And if the fear of ghosts is something inborn… why be surprised at the effect produced by this dead but still living nation.

Theodor Herzl’s articulation was much more prosaic. He felt that modern antisemitism was the product of Jewish “otherness” was so deeply entrenched, that non-Jews inevitably saw them as competition.

In the principal countries where Anti-Semitism prevails, it does so as a result of the emancipation of the Jews. When civilized nations awoke to the inhumanity of discriminatory legislation and enfranchised us, our enfranchisement came too late. It was no longer possible to remove our disabilities in our old homes. For we had, curiously enough, developed while in the Ghetto into a bourgeois people, and we stepped out of it only to enter into fierce competition with the middle classes. Hence, our emancipation set us suddenly within this middle-class circle, where we have a double pressure to sustain, from within and from without.

In other words, the founders agreed that continued existence as an exilic community, as a minority within host cultures, was the problem itself, and antisemitism was a natural symptom. Therefore, they argued, a national return to normal statehood would resolve this problem.

Might that new state have tensions with neighbors? Even enmity and war? Certainly, just like most nation’s have allies and enemies. That would be normal, and something distinct from antisemitism. Historians of antisemitism discuss its roots in the era of exile,  and don’t address conflicts that the Kingdoms of Israel and Judah had in Biblical times.

Can we prove them right or wrong?

Is Israel a normal state? Are the Jews living a normal national life? If not, then the Zionist hypothesis has not been tested in a fair experiment.

Assuming that there is some accuracy to Jewish population statistics, things still do seem odd. Of approximately fourteen million Jews, around six of those millions live in their homeland. That’s not normal.

Is there another nation on earth that has over 50% of its population living outside of its homeland? Another people whose diaspora population continues to grow, build institutions, take positions of power and see themselves as permanent parts of their host nation’s cultures?

Presumably, most Italians live in Italy, most Chileans live in Chile. However, most Jews live outside of Israel. Putting aside dual loyalty concerns, this is truly unusual in the international community. Israel is a home for around 43% of our people, and most of the rest feel connected to. That’s our current reality. If most nation states contain most of their populations, but the Jewish state does not contain most Jews, then it currently is not demographically normal.

You can disagree with the founders, and think that the status quo is fine. We are accustomed to it, and may experience it as normal. I would argue, however, that the current status isn’t the solution to the Jewish Question that was proposed by the Early Political Zionists. It seems premature, therefore, to declare their experiment a failure.

Let’s give the Zionist visionaries their due.

What do you think? Questions for further discussion: