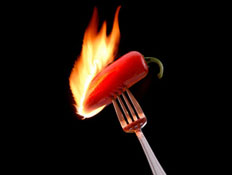 The final remnants of the Ethiopian Jewish community have now arrived in Israel.

In the meantime, additional humanitarian disasters have struck the African continent. War-torn Eritrea and Sudan began shedding refugees who have been making their way in their thousands towards the less violent lands of Israel. Unlike in Ethiopia, these refugees are not Jewish.

Should Israel fling open her doors to these people, just as she did for the Ethiopian Jews?

It would be fair to say that Israel has responded to the arrival of these African refugees very differently from the way in which she welcomed the Ethiopian aliya.

Tens of thousands of Sudanese and Eritreans have made their way to Israel, risking murder by the Egyptian army. They are now living in Israel.

Don’t take our word for it!

For more details and for different viewpoints, here is a list of links:

African Refugees is a world problem, not solely that of Israel.

African Refugee boys get a new start in Israel

Reaching Israel’s refugees, one classroom at a time

Critique from Israel’s former Deputy Speaker of the Knesset

If you hear of a screening in your region, we also hugely recommend going to see the Oscar-winning documentary Strangers No More, or watching it on HBO…

Israel is about determining what to do when [non-Jewish] refugees from Darfur come through the Egyptian border. And about this, two things have to get said. One is from the Mishna and the other from the Torah. The Mishna says you have to take care of your own poor first. The Torah says you cannot oppress the stranger, because you were a stranger in the land of Egypt. The battle between the Mishna and the Torah is the dialogue that ought to be conducted in the Jewish state. . .

There seems to be a tension forming.

How do we navigate between looking after the Jewish People, yet not harming those who are not Jewish?

To help us work our way through this question, let’s take a look at another example of Israel and Africa…

Now armed with a few more thoughts about solidarity and discrimination, let’s look at this song that Israeli singer-songwriter Alma Zohar released about African Refugees in Israel:

Every year on Pesach we say at the Seder “each day and age, one and all must see himself, as though having escaped Egypt.” This is the language Zohar chooses to use for the chorus of her song.

Alma Zohar seems to be suggesting that there is an additional kind of solidarity. There is solidarity to our People, but there is also solidarity with those who have suffered the same fate as our People. This latter solidarity, in her opinion, is just as much as important as the former.

What do you think?

In November of 2005, Agahozo-Shalom Founder Anne Heyman and her husband, Seth Merrin, heard a talk about the Rwandan genocide. During dinner following the talk, Seth asked the speaker to identify the biggest problem facing Rwanda. The answer was clear: What can be done for the vast number of orphans, the youngest victims of the genocide?

Immediately, Anne, a South African-born lawyer and mother of three living in New York City, connected the challenge of the Rwandan orphan population to the similar challenge that Israel faced after the Second World War. To accommodate large influx of orphans from the Holocaust, Israel built residential living communities called youth villages. Anne was inspired to bring this model to Rwanda.

Anne began reaching out to people in Israel, Rwanda, and the United States to share her idea and learn how to realize her vision. In April 2006, Anne and her team found a model to emulate in the Yemin Orde Youth Village in Israel. Anne then set about creating a formal structure for the project. In September of 2006, she met with officials at the American Jewish Joint Distribution Committee, an international humanitarian organization that agreed to house and offer logistical support for the project.

The village’s mission is to enable orphaned and vulnerable youth to realize their maximum potential by providing them with a safe and secure living environment, health care, education and necessary life skills. The hope is to raise and nurture socially responsible citizens for the future of Rwanda.

Agahozo-Shalom is home to 375 young people ages 15-21. In December 2011, the Village reached its full capacity of 500, with 125 new students entering each year as 125 graduate. The Village employs 150 educators and professionals. Among others, the village is staffed by young Israelis of Ethiopian origin, choosing to “give back” to those less fortunate than themselves.