How free is your family?

To begin our conversation, here’s some classic Disney… (you might want to begin watching at 1:34)

What do you think this short classic wants us to know about three things:

The Disneys have always been known for their clear moral messaging…

Without sparking old feuds (!), what would you say are the top five sentences in your household that refer to freedom and responsibility?

(Post them in the comments at the bottom of the page)

What we are doing here, is exploring how what we commonly understand as freedom is deeply linked to the idea of responsibility. A psychiatrist and Holocaust survior, Victor E Frankl has said:

Freedom is not the last word, freedom is only part of the story and half of the truth. The positive aspect of freedom is responsibleness… I recommend that the Statue of Liberty be supplemented by a Statue of Responsibility on the West coast.

What do you think of this idea? (Not about the actual statue, but about what it would symbolize?)

Is the positive aspect of freedom only responsibleness? 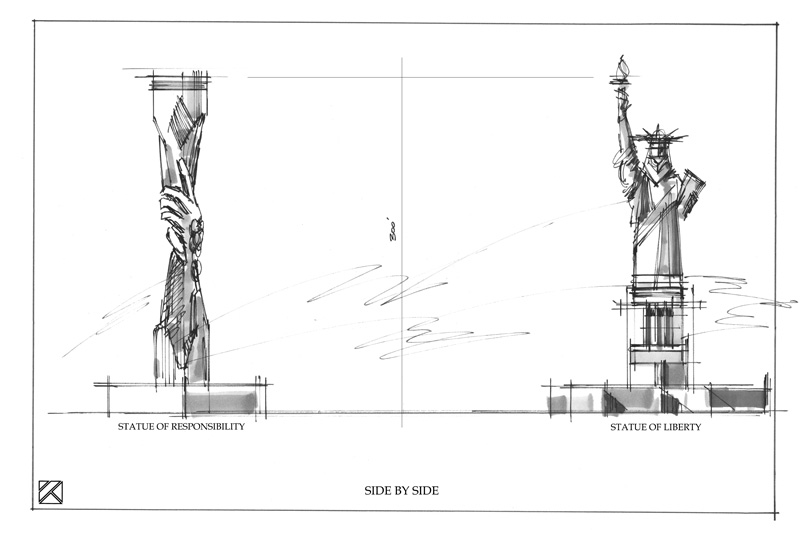 Now let’s begin to take this thinking about freedom and responsibility within the family, and apply it to Israel…

The Story of the Altalena

In May 1948 the State was declared, and the Jews were free. Free from the helplessness of the World War years. Finally Jews were free to defend themselves.

But together with this freedom came the responsibility of running a legitimate, well-governed State with one army ruled by one body.

One State, One Army

One of the fundamental aspects of a State is that it is able to legitimately defend its citizens from attack: It commands an army. The difference between a legitimate State and a state of chaos is the number of armed forces. One army – legitimate State. When several different armed forces roam a land, each answering to their own line of command, the legitimacy of a State is lost and chaos rules.

Let’s look back to a particularly painful episode in Israel’s past, where interpretations of Freedom became a matter of life and death…

A bit of background…

Prior to the establishment of the State of Israel there were four distinct Jewish forces fighting the British and the Arabs. In addition to the Haganah and Palmach, which answered to the elected leadership of the Jewish national institutions, other armed defense group including the Lehi (Lohamei Herut Israel or ‘Fighters for the Freedom of Israel’) and the Etzel (Irgun Zevai Le’ummi or ‘National Military Organization’ – also known as the Irgun) operated independently.

The Haganah, Palmach, and Lechi, were gradually absorbed into the Israel Defence Forces (IDF), disbanding their independent nature.

With the Irgun, things were more challenging…

Please play this video, to gain a picture of what was at stake…

Click here to find out what Ben Gurion decided.

To this day the Altalena incident is a source of disagreement, and a straightforward telling of the events would not be enough to fathom its depths. Many still feel Ben Gurion was mistaken, or at least that the information at his disposal had been deliberately edited.

Do you think Ben Gurion was correct?

What do the complexities of this incident leave you thinking about freedom, and its sister, responsibility?

Do you know of any modern-day issues in Israel that also establish a complicated tension between freedoms and responsibilities?

[One on top of the other? A blend? One pulling the other, or distorting each other?]

The freedom that the State of Israel offered to the Jewish People came with its own set of heavy responsibilities. The freedom to take decisions brings with it the freedom to make mistakes, or to take risks, in the face of complex moral dilemmas.

Below we add a few more links to more information about the Altalena, from different perspectives.