Airbnb takes a stand on Our Land/Their Land

Airbnb takes a stand on Our Land/Their Land

Airbnb has chosen to “remove listings in Israeli settlements in the occupied West Bank...” This has, as might be expected, delighted activists working against the military occupation of the West Bank/Judea and Samaria, and has infuriated the Israeli government and its supporters. 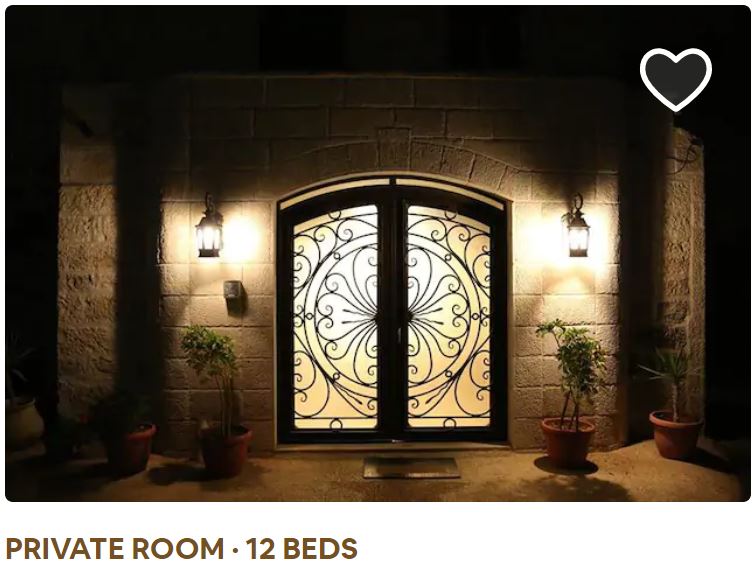 Airbnb has responded to pressure from Human Rights Watch, and has chosen to “remove listings in Israeli settlements in the occupied West Bank that are at the core of the dispute between Israelis and Palestinians.” This has, as might be expected, delighted activists working against the military occupation of the West Bank/Judea and Samaria, and has infuriated the Israeli government and its supporters.

The former might see this as an affirmation of what is almost an international consensus: The area East of the 1967 Armistice line known as the Green Line is Occupied Territory. As such, it is subject to the Geneva Convention that prohibits transfer of population into said areas, and rules out building permanent settlements there. Human Rights Watch created a video aimed at Airbnb, pointing out that listings are built on land stolen from Palestinians. Activists against the Occupation would say that Airbnb are to be praised for upholding international law. Hurrah…

On the other hand, Israeli governments of the last fifty years – and most Israelis – do not see this area as occupied. The land was conquered in response to Jordanian aggression, there was no legitimate State the land was conquered from (the strictly legal definition of Occupied territory), and anyway – this is ancient and traditional Jewish land. Many Israelis would even go further to say that Jewland (Judea) is rightfully owned and ruled by the Jewish State. For Airbnb to discriminate against Jewish residents of Jewland is grossly unfair. Boo…

There are others who, without denying either party’s claims, might ask a question: Does Airbnb refuse business to other countries involved in abuses that are also enumerated by Human Rights Watch? And if not, why not?

HRW condemns Zimbabwe’s theft of land, Saudi Arabian abuses of women, China’s occupation of Tibet and discrimination against Muslims – to name but a few. All of these places are trading happily on Airbnb. Tibet is even listed by Airbnb as being a province of China!

Yet Human Rights Watch has, as yet, run no campaign against these listings.

Given this inconsistency, how should we interpret the actions of Human Rights Watch (whose own founder denounced it), and of Airbnb?

[You might wish to print out this pdf version of the post, and stick it up on the wall of your House…]

This Headline for Identity is part of the 4HQ Encounters program for Moishe House, made possible by the generous funding of Jim Joseph Foundation.