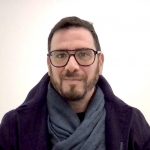 Joe assumed the role of Director of Makom in 2021. Prior to joining Makom, he launched his own venture, IDRA, which seeks to strengthen ties between Israelis and world Jewry by leveraging the vital Jewish culture both in Israel and abroad. He served as Rabbi of the Conservative Synagogue of Fifth Avenue, has written curricula and taught for diverse audiences. Before becoming a rabbi, Joe practiced law in New York City. He holds degrees from Columbia University and the NYU School of Law, and received his rabbinic ordination from the Ziegler School of Rabbinic Studies. In August 2020, Joe made aliya with his family. He is married to Avigail and kvelling father to Zev and Paz. They live in Tel Aviv. 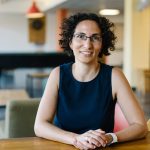 Osnat spearheads Makom’s work to connect young Israelis with global Jewry and peoplehood. Past roles include Senior Shlichah (Israeli emissary) at JEWISHColorado, Psychology and math teacher, regional manager at Mindlab, teaching thinking skills through games and co-initiator-leader of Ya’ala, a community engagement program at Hillel Jerusalem. Osnat holds a BA in Psychology, an MA in Education Policy and Management, and a teaching certificate in Psychology. She is married to Shalom and the proud mother of Shahar, Sagi and Yogev. 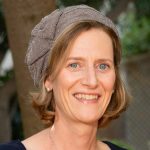 Abi is is currently a rabbinical student at the Shalom Hartman Institute/HaMidrasha at Oranim. She joined Makom after seven years as the VP for Jewish Education at Hillel International. Previous positions have included Director of the Mandel Jerusalem Fellows, founding Director of Limmud NY, and planning executive at UJA-Federation of NY. Abi has a passion for creating frameworks and programs to strengthen pluralistic Jewish life around the world. She lives with her husband and four children in Jerusalem. 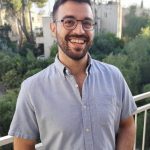 Danny joined Makom in 2021 as Manager of Makom’s Israeli-Palestinian Conflict Course, educator and faciliator. Originally from White Plains, Danny made Aliyah from with Garin Tzabar in 2011. He received his rabbinical ordination from Mechon Schechter in 2022. Danny has  had the privilege of working and learning with people in a wide variety of settings in Israel and North America  — synagogues, Hebrew schools, teen groups, gap-year programs (currently as the program rabbi for Kivunim), adult education classes, and more. He is married to Shani and lives in Jerusalem. 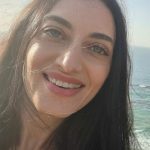 Cynthia Tzvibel-Navon holds a BA in Criminology, Sociology and Anthropology from Bar-Ilan University as well as an MA in Criminology from the Hebrew University of Jerusalem. During her army service she served in the intelligence corps. Cynthia has been employed by the Jewish Agency since 2001 and now serves as the operations director of Makom. She is married to Yishay Navon and the mother of Ben and Lia. 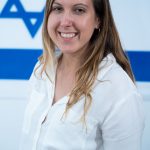 Shiri  holds a BA in Psychology and Marketing from Bar Ilan University and she is a fellow at the Jewish Agency-Mandel program for excellence. Over the past ten years, she specialized in the development of experiential Jewish education programs and has trained dozens of emissaries as the educational director of the youth movement track of Shlichut at the Jewish Agency. Shiri served two terms of Shlichut, in South Africa and Australia.

Makom has trained and works with many of the most gifted and thoughtful educators in the field of Israel engagement, including: 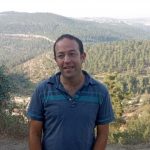 Jamie is a Jewish Educator and officially licensed Israel Tour Guide. He has a BA in Modern History from Oxford University and a MA in Jewish Education from the Hebrew University. Jamie works in many different Jewish educational arenas – in recent years he has taught in a Jewish school in America, guided British Members of Parliament on their trip to Israel, and worked as an educational consultant for the Jewish Agency. He currently holds a position as the director of Israel education at the Pardes Institute. 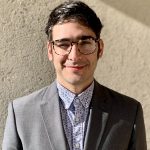 Bryan is a seasoned program facilitator, curriculum developer, and education researcher. While living in Brooklyn, New York from 2017-2020, Bryan served Facing History and Ourselves, where he led the Jewish Education Program’s work on race and equity in Jewish settings. For the first six years of his career, Bryan was a teacher in low-income communities of color. Bryan also completed the Dorot Fellowship in Israel, during which he studied Mizrahi cultural representation and inequity in Israel. Bryan holds a bachelor’s degree in Comparative Literature, Neuroscience, and Jazz Studies from the University of Southern California, and a master’s degree in Educational Leadership with an emphasis in Advanced Teaching and Learning from the University of North Florida. He is currently a Program Director at M2: The Institute for Experiential Jewish Education, and he is pursuing a Ph.D. in Learning, Instruction, and Teacher Education from the University of Haifa. 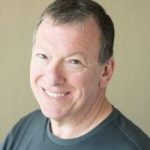 Jonny Ariel, a connoisseur of experiential education, is the founding director of Makom, and currently serves as a consultant. He founded and led Makom’s pioneering efforts in the field of Israel and Jewish Peoplehood education for more than a decade. He has taught in public school, university and in adult and travel settings. Jonny studied history and education at universities and is a graduate of both the Institute for Youth Leaders and of the Jerusalem Fellows. He has held senior policy-making positions at the Mandel Leadership Institute, the United Jewish Israel Appeal and Melitz. He is an Adjunct Faculty member at Hebrew Union College, M2 – Institute for Jewish Experiential Education, and is an Associate Fellow of the Institute for Jewish Policy Research. 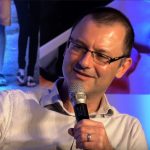 Robbie Gringras is a British-born Israeli living in the Galilee, working in education, performance, and writing. Since emigrating to Israel with a Literature degree from Oxford University, a teaching qualification, and his own theater company, he has trained hundreds of educators in generating honest complex connections to Israel. While Creative Director of Makom, he coined the phrase “Hugging and Wrestling with Israel”, drove the 4HQ System of Israel Education, and wrote for and ran the Makom website. His article on “Educating with Art without Ruining It” was commissioned for the International Handbook on Jewish Education. Robbie has also taught at Israel’s main theater schools, directed several plays, and his solo shows have performed throughout the world in English, Hebrew, and Spanish. He’s married to Dorit, a magical stained-glass artist, and they have two kids.eet